It Was For You And Me 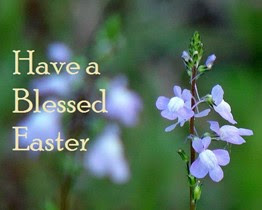 It was in three black hours of darkness over the whole land (Mark 15:33) when our sins were placed on Jesus and He paid the price for every one of them as He shed His blood for all mankind.

When the earth trembled and the veil in the temple was torn in two from top to bottom (Mark 15:38)—Jesus hung dying redeeming all our sin.

Sin so dark and vile God had to look away forsaking His only Son while Jesus suffered in agony on the cross.

His mercy and love for us knew no end while He was being tormented, mocked, and disbelieved. The world, the religious leaders, the enemy, they all thought it was over for Jesus. They thought they had won when they crucified Him on the cross.

Some of His followers ran and hid. His enemies celebrated. Those closest to Him cried and mourned. And they didn’t understand. Jesus had told them everything that would happen but it was more than they could comprehend. In their finite minds, this was not going according to plan, or so it seemed.

And so imagine early on Sunday morning, arriving at His tomb to find it open and empty and an Angel standing guard proclaiming He is not here, He has risen as He said!

Yes, the rock was rolled away, the tomb was empty, and Jesus was nowhere to be seen.

Imagine finding out He rose again and conquered sin and death and offers free salvation unto all who believe.

You don’t have to imagine. This is the victorious Easter Message!

It was for you and me Jesus died and rose again!

John 3:16 For God so loved the world that He gave His only begotten Son, that whoever believes in Him should not perish but have everlasting life.

1 John 4:9-10 In this the love of God was manifested toward us, that God has sent His only begotten Son into the world, that we might live through Him. In this is love, not that we loved God, but that He loved us and sent His Son to be the propitiation for our sins.

Romans 6:23 For the wages of sin is death, but the gift of God is eternal life in Christ Jesus our Lord.

Ephesians 2:8-9 For by grace you have been saved through faith, and that not of yourselves; it is the gift of God, not of works, lest anyone should boast.

Inspirational author of four devotional books reminding you God is actively and constantly at work in your life for your good through the personal relationship He desires to have with you.